Boom, crunch, boom goes the front of my car as I slam into the Ford Escort that just recklessly swerved in front of me and slammed on its brakes. And for what? There was no hazard, there was no reason. Rather, the driver of the Escort clearly had other things in mind…like milking my insurance. After all, in a rear end accident, the rear-ender is almost always at fault. What I wouldn’t have done to have this somehow recorded, somehow reliably witnessed. What I needed was some kind of video dash cam; proof positive that I was being scammed.

We see dash cam footage from police cruisers all over the net and on TV. They use this footage to prove what did and didn’t happen during traffic stops, sometimes capturing tragedy on film. Further, video dash cams have been available to consumers for some time, in fact there are several such products on Amazon.com, yet they vary widely in both quality and price and (in almost all cases) require the purchase and installation of new hardware. Enter Greenlight, the consumer-ready, video dash cam solution that utilizes your smartphone as the hardware and acts doubly as a phone charging cradle. A reliable witness has never been so available…and for only $49. 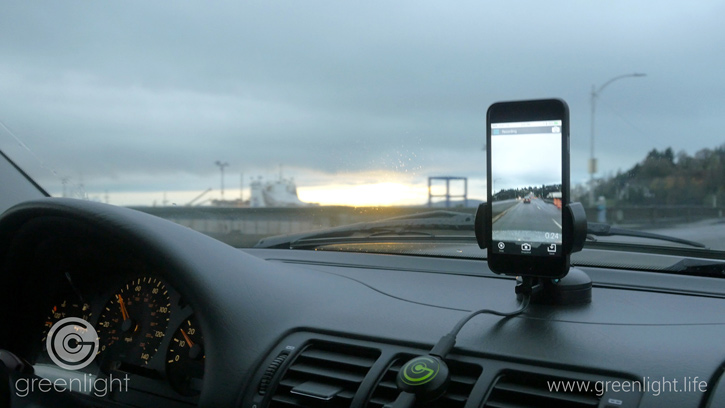 The Greenlight video dash cam is seen here, installed and ready to capture hd video as well as GPS and accelerometer data on any unusual driving incident. Image Courtesy: Greenlight

The Greenlight app is programmed to capture both hd video footage and accelerometer data of sensor-detected irregularities while driving. And while Greenlight records dramatic changes in acceleration/deceleration caused by reckless driving and/or impacts, it does this both forward and backward in time. Based on your preferred settings, any such recording will record up to 3 minutes before and after any such event. Thus, if I had Greenlight running during my run in with the Ford Escort, it would have captured my excellent, non-erratic driving prior to the accident, along with the dangerous, accident-causing actions of the Escort itself. This “cocktail of evidence” is just what I could have used to debunk the Escort drivers’ claim that I was at fault.

Cool Hardware, But How Easy to Use?

The biggest challenge with any new tech device is ease-of-use. Greenlight really wins here. Placing an iPhone or Android phone on the dock results in an automatic trigger to the user, allowing them to easily start the app without having to search through the phone for the icon. Called Dashware, the app runs simply, allowing for other phone functions such as music, maps and more to run in tandem. Further, a stylish button on the cradle cord can be pressed at anytime, triggering an immediate recording. See something interesting? Hit the button. Capture the moments before you hit the button, and after, based on your settings. 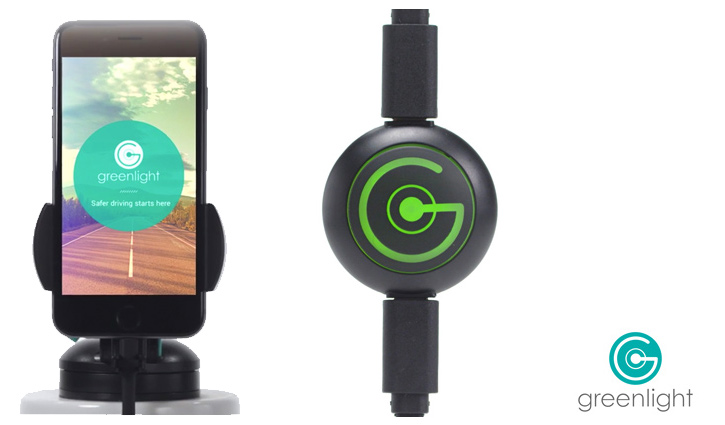 The simple “plug-n-play” aspects of Greenlight are what makes it so useful. Dock your phone, get prompted…one click…operational. Dead simple. Further, the inline button on the charging cord allows for quick video grabs. Images Courtesy: Greenlight

In a recent interview with Geekwire, founder Jason Green noted about Greenlight:

“It should be a one-handed operation that automatically recurs when you get into your car. You shouldn’t have to think about it as a driver.”

I also got the chance to speak with Jason Green directly while writing this article and he had this to add about phone functionality and safety:

We worked on accessibility a lot, making sure your other tools are accessible while driving your car. This is a thing we’ll always be working on. It also helps promote voice commands into your phone, so you’re not distracted by looking at it.

Going further, Greenlight is exploring direct connections with insurance companies to allow for usage-based insurance (UBI) rates to be awarded to drivers, based on sensor recordings of how they drive. Drive smooth, no hard braking, very rarely speed? Greenlight could be your ticket to lower rates after the company clears regulatory hurdles down the road. Stay tuned on this one (that is if you consider yourself a “good” driver)! 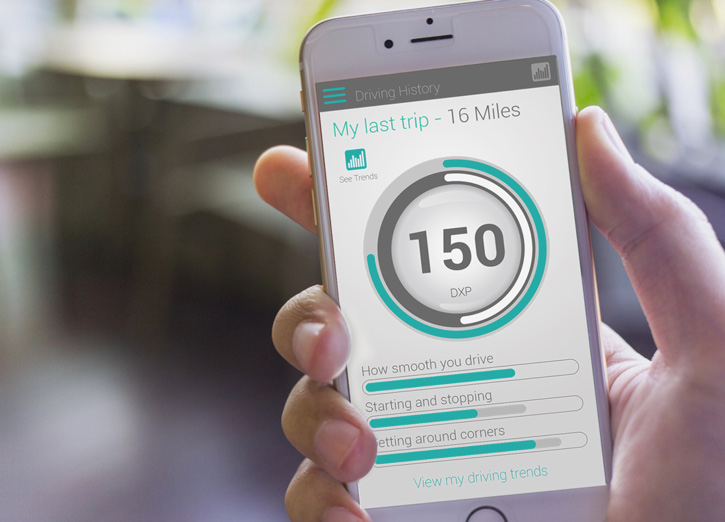 In addition to capturing hd video of irregular driving incidents, the Dashware app also captures your driving style….smooth or reckless. Soon you may be able to leverage your good driving behavior for reduce insurance rates. Image Courtesy: Greenlight

From Contour to Greenlight

Started by Jason Green, one of the co-founders of the Contour action-camera company, Greenlight looks to ride the burgeoning wave of “telematics,” the telecommunication of data and information covering navigation, safety, communication and vehicle problem diagnostics. Predicted to be a $47.5B industry by 2020, telematics has so many possible uses one can imagine a wide variety of emerging products. And Greenlight is right on the tip. The perfect, un-biased solution to back up just exactly what happened while you were at the wheel. 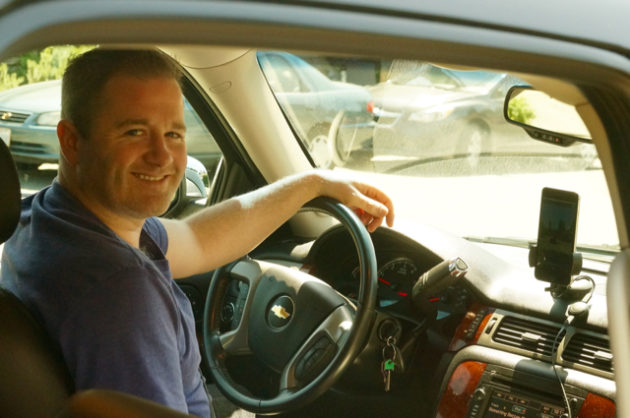 In my talk with Jason Green, he gave a great summation of the Greenlight product:

Our product comes from two directions. People interested in a dash camera that don’t want a dedicated hardware solution, but would rather use their phone. People want a place to put their phone in the car and charge it, and get utility. [the advent of Greenlight aside] We make a better cradle.

Greenlight is available now for pre-order with shipping planned for this Fall.